“Man is literally split in two: he has an awareness of his own splendid uniqueness in that he sticks out of nature with a towering majesty, and yet he goes back into the ground a few feet in order blindly and dumbly to rot and disappear forever.” ~ Ernest Becker, The Denial of Death

“Fame in the spur that the clear spirit doth raise

(That lest infirmity of noble mind)

But the fair guerdon when we hope to find,

And think to burst out into sudden blaze,

Comes the blind Fury with the abhorred, sheers,

And slits the thin-spun life…

But not the praise”

I read Joy Harjo’s Crazy Brave this semester, which is where the above quote is taken from. Harjo showed me the kind of story teller I want to be. I breathed in her words as my own: “In a fast, narrow crack of perception, I knew this is what I was put here to do: I must become the poem, the music, and the dancer.” This month, saw the three minute video “Existential Bummer” by Jason Silva with the Ernest Becker quote, which immediately caught my attention as one of the best ways I’ve heard the cognitive dissonance of existence put into one sentence. In the video Silva says “we defy entropy and impermanence with our films and our poems.” Then, while working on an assignment and searching for lines inspired by class material, I found the “Lycidas” quote copied into my journal from last year along with the entry below. Though it’s nine months old, I find that I am still, and perhaps will always be, split in two: between my gifts and the blind Fury.

What Does It All Mean?

I was walking in town thinking about what it all means. Our energy is borrowed and one day we will have to return it. I’ve been thinking about it every morning and every night. What is it all for, what are these unique creatures; are we just ants, just animals, just leaves on a tree to fall and be remembered in the fall and forgotten in the spring? I want to be known but there is so much to know; I want to be remembered but there is so much to remember. And it will only last for so long and what good will it do me when I’m gone to be remembered? I won’t know anyway. Any memorial can be torn down, any book destroyed and forgotten—and what is it all for? I am entering the best stage of my life so far: thoroughly conscious ignorance, plus on the path of my own choosing, my own making. I was immensely grateful. Now, I am an English teacher and a poetry student; I am a dancer and a performer by hobby; I am recognized as an artist, a poet, an organizer. But I want more and will want more and plan and plan and gather and gather like a busy bee (I was visited by a bee again) and then—I will blink a few times. My daughters will be women; I may see children and grandchildren; I will possibly be honored and surely loved; my parents will depart and I will suddenly remember things I should have said and done, perhaps. There is a future that the movies promised us: sci-fi will be real or the sun may burn out or a dystopia, but all of my generation will pass and the future generations will pass and how long can this go on, and then what? Even with more answers there will always be more questions: can god be proved, is there a power of attraction, what do the charts tell us, what do the cards tell us, what will science find, and what monsters will be created? I will gather and achieve and still ask, what does it all mean, and it will end; the only thing that is sure, the only thing that is sure is decomposition: every story will end. 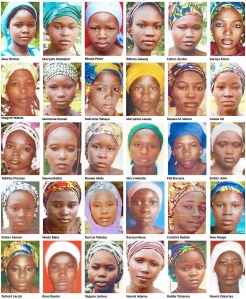 This is just a piece of what’s going on in the world. 276 Nigerian girls kidnapped, three Israeli boys kidnapped and murdered, a Palestinian boy kidnapped and murdered, burned alive. I live in Jerusalem, so the latter is more poignant; there has been rioting, violence, racist cries for death, ignorance, calls for revenge, and suspicions all over Facebook feeds and in the news. I am also a mother of daughters; I can’t forget–as it seems to be already forgotten– about daughters taken, god knows what is being done to them away from home and in the hands of violent men. And this is just a piece, there is more, always more–

At times like these, I think of the quote by the late great Maya Angelou,

“We are all human; therefore, nothing human can be alien to us.”

I think it means that we fail to recognize how easy it can be to go so low. We love to hail the beauty of the world, but there is ugliness, and a lot of it and it is all human. It is jarring, disturbing, heart-wrenching, when I allow myself to think about it. I normally don’t, I must admit. Sometimes, I am afraid that if I let in all the woes of the world it would break me in despair. But when I do, I want to fight the horrors; I still don’t know how. I find solace in poetry; others have as well. I don’t mean be naive. There is a level where poetry clearly won’t do a damn thing to change politics and the minds of murderers. And yet, there is great power in words– poetry is the epitome of that force. Poetry has a long history of documenting the times, telling legends, inciting, enticing, eulogizing; the danger of poetry, the sanctuary of poetry is well known; it crosses all boundaries and rises above–and the poets are healers. When we say ‘there are no words for this,’ it is poetry that finds the words. There is a way to know through the eye/I of the poet.

I want to share with you three poems–written out of that spirit in the midst of hate– that I believe have found the words. Two were written by friends of mine who live in Israel, one by me.

We live to die

in the crook of his father’s arms black sedan’s

[ put your heads down!

deserved what they got

as do point blank

a rocket will be sent from a schoolyard

and a missile returned to sender

They’ll get what’s coming to them

will not be returned

without a war skirmish

Though their children will

with machetes and machine rifles

nestled in their dark slender arms

Hashtags won’t save our generations

round in the hand

is a mortar round

We live by the sword

we die by the sword

Days, blurred into each other
Like there was no sleep.
The fuzz
of a hundred TV sets
and radios…
remnants
of another forest fire.
Newspaper print
on the fingers
of early-morning travelers,
the serious concentration
of the bus driver…
Another headline
and children, searching for truth
in the faces
of surrounding adults.
Waves of pain
drifting through neighbourhoods…
Sparks of strength
and unison
running through city streets
and a soft, gentle stroking of each other…
a blinding light
calling us all
away from the darkness…

I know it’s hard. You are sitting there thinking, those could have been my boys, my brothers, me. You are thinking, summer has barely started; schools just got out today and some are now on eternal break, broken eternally. No one has won the game anymore–if you’re going to stop the game, then *stop* the game, dammit–no one has won, just lost. But what they don’t tell you in the games, is that nations are made from suffering together–more than shared joys. Is this a good thing, or very, very sad? Perhaps it is a part of the human support mechanism–come closer when it hurts. All I know is, the news will be on forever, especially here–there are hundreds of girls missing too–and the news is forever on, forever on, there will never not be news, only, what is news is old, very old, ancient, never-ending and we have to fall asleep sometimes, but the news will outlive us all.

Moshe Ze’ev Friedline was born in Boulder Creek, California. He is currently studying English literature at Bar Ilan University in Israel. He is married and has a young daughter and younger son. He realized two years ago that he really enjoys writing poetry. He once found himself in an awkward conversation with a bull in a steakhouse.

*Poetry shared with the permission of the authors. All rights remain to the respective poets.